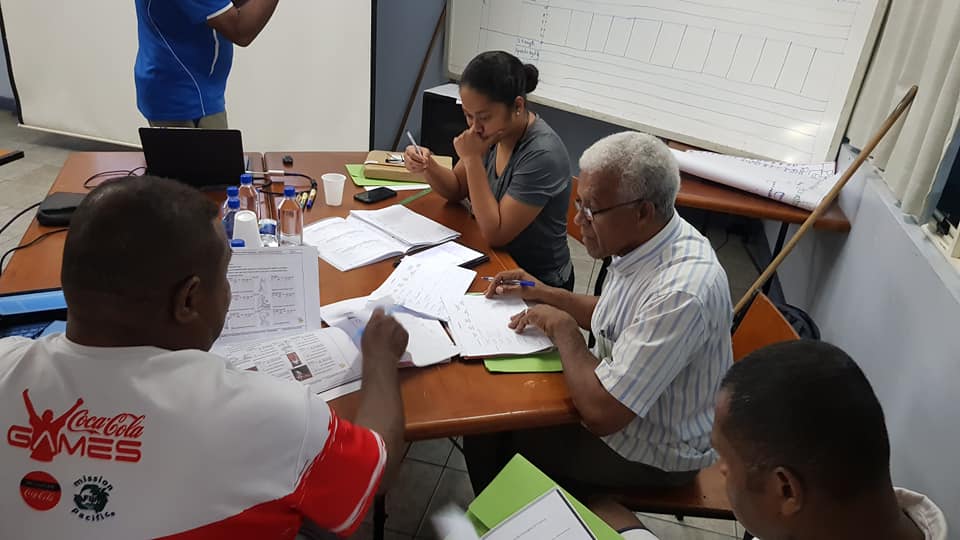 OSEP Facilitator and Educator Jone Koroi said the training was the first for the year and covered three modules.

"The course was held at FASANOC as well as the Fiji Rugby Union High Performance Unit Gymnasium."

Jone said this Community Strength & Conditioning Course is meant to ease the role of coaches.

"Usually most professional teams have a Strength & Conditioning coach whose role is to help prepare athletes physically," he said.

"This course allows us to assist coaches or Strength & Conditioning coaches better prepare their athletes."

Jone said training techniques continued to change to align with the ever-changing demands in any sport.

He said an example would be rugby where new laws in the sport changes how coaches or Strength & Conditioning coaches train their athletes.

"It is about better preparing the athletes before, during and after a game so that they (athletes) are able to function at a 100 per cent every time," he said.

Jone said the Community Strength & Conditioning also covered the demands of each sport and Speed unit introducing the participants to the three categories of Speed.

"The participants took part in the demonstration of the Anatomical Adaptation exercises and were introduced to the Energy system," he said.

"At the end of the course, participants were made aware of the interlink between Anatomical Adaptation exercises, Muscle strengthening and stretching, Demands and Speed."

Fiji Judo Association's Keresi Farouk said the course was an eye opener for her.

"Right now, the Fiji Judo Association has identified and targeted athletes who have shown potential and interest in the sport," she said.

"With this Strength & Conditioning course we know have the tools and knowledge to train them better."

Keresi said in the past they had certain ways of training athletes but after what she learnt at the course, she now has a better understanding of her coaching approach.

"Some of the things I've learnt, I've taken for granted but after the OSEP Educators highlighted how things done in a certain way can help an athlete perform just a little better has been an eye opener," she said.

"Now we can go back to our National Federation and enhance our athlete’s performance so that they perform to their fullest potential."

Boxing Fiji's Viliame Vitukalulu said the course was beneficial for him as a coach in a sport where conditioning was a top priority.

"Boxing is a sport where the condition and strength of an athlete is a top priority for us coaches and this course has challenged us a lot," he said.

"I'm grateful that I was a part of this course because I have learnt new techniques and also the importance of always learning something new."

Viliame said knowledge was something that he felt was important and learning anything new that was beneficial for his athletes was welcome.

The course was a step towards ensuring that NF Strategic Plans were aligned to FASANOC's Strategic Plan for 2017 - 2021 and its vision to "Inspire the people of Fiji through sports excellence".

The course was also an important collaboration within the sporting community to build and train better and more knowledgeable coaches.

Through such courses, in particular the OSEP pathway, FASANOC is working towards adopting a National Accreditation Scheme to use as a basis of selection for Coaches, Team Management and Volunteers who serve Team Fiji to the Olympic Games, the Pacific Games and  the Commonwealth Games.

The different types of courses provided by OSEP will provide a sound and consistent ground to coaches, team management and officials who wish to officiate as the teams entourage, the important group of personnel who surround an athlete as he/she prepares to excel as a representative of Fiji.