FASANOC will be ready to host the Queens Baton Relay team who will arrive in Fiji in February 2022. 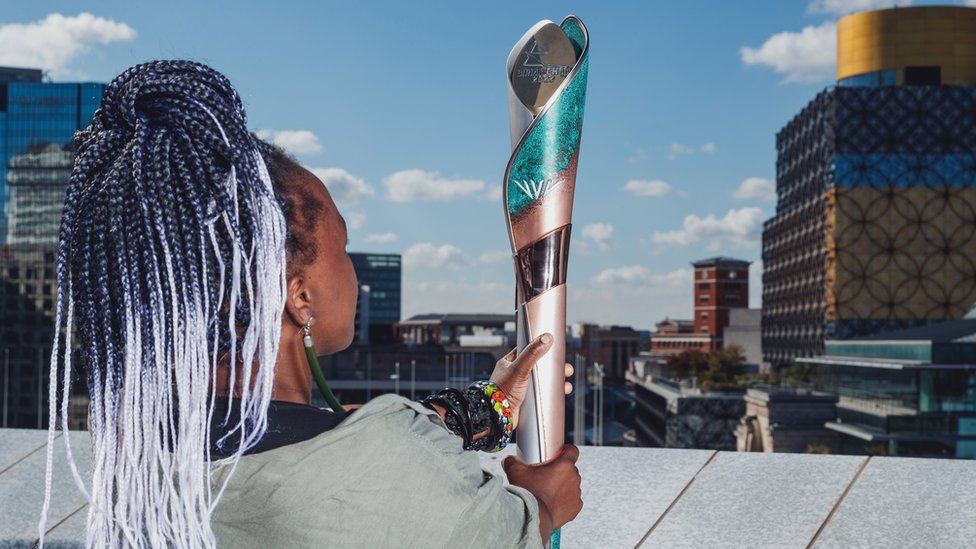 FASANOC Chief Executive Lorraine Mar, said it’s always an honour to host the Queen’s Baton Relay. Our foray into Multi-Games began with the British Empire Games in 1934, well before we started attending the Olympic Games and so the Queen’s Baton visiting Fiji is always special.

“We have planned activities for the Baton and community engagement however we will be guided by Covid Protocols in effect at the time,” said Lorraine.

The Birmingham 2022 Queen’s Baton Relay will arrive in Fiji on 13 February 2022, spending 3 days exploring the culture and community.

The Relay begins on 7 October 2021 at Buckingham Palace, where Her Majesty Queen Elizabeth II will place Her message to the Commonwealth into the Baton. The Baton then begins an incredible 294-day journey through all nations and territories of the Commonwealth, arriving back in England in July 2022 in time for the Opening Ceremony on 28 July.

Commonwealth Games Federation President Dame Louise Martin is set to join the Queen at Buckingham Palace for the grand start next week.

"The Queen’s Baton Relay is one of the most special aspects of the Commonwealth Games as it so vividly symbolizes the friendship, respect and unity across our 72 nations and territories," Dame Louise said.

"I know that communities across the Commonwealth will be so excited to see the Baton as it passes through their own villages, towns and cities."

The Baton will travel an epic international route, spanning an impressive 269 days, spending between two and four days in each nation or territory, covering approximately 90,000 miles (140,000 kilometres), having over 7,500 Baton bearers trusted with the once-in-a-lifetime opportunity to carry the Baton.

The global journey will conclude at the Birmingham 2022 Opening Ceremony where the final Baton bearer will return the Baton to Her Majesty the Queen.

The shape of the Baton moves away from the traditional shape seen in previous editions of The Queen’s Baton. With Birmingham 2022 making history by being the first major multi-sport event to award more medals to women than men, the strength and fortitude of women across the Commonwealth is celebrated throughout the design of the Baton.

Lining the length of the Baton is a platinum strand, paying homage to The Queen in her Platinum Jubilee year, as well as celebrating her role as the Head of the Commonwealth.

To represent the bronze, silver and gold medals that athletes will be competing for, the Baton has been cast using accessible, non-precious metals of copper, aluminium and brass. By using aluminium forged using the traditional method of lost wax casting in Birmingham’s Jewellery Quarter, the Baton has used the centuries of local expertise and craftsmanship that gives Birmingham its reputation as the city of a thousand trades.

Etched onto a steel plaque on the top of the Baton is the Birmingham 2022 logo, a distinctive ‘B’ shape which is a visual representation of communities across the West Midlands. The mechanised chamber sitting beneath the brass leaf plaque will be opened at the Birmingham 2022 opening ceremony to reveal The Queen’s message.

The Commonwealth Games Federation logo is also visible on the Baton, an emblem that reflects the key values of humanity, equality and destiny.

As the Baton travels on its journey and tells stories from communities, the warm copper tones of the Baton will develop a mesmerising patina, a blue-green film that forms on the material after exposure, demonstrating how it will evolve in appearance as it is passed from Baton bearer to Baton bearer.

Since 2002, the Batons have been developed to include technological features.

This LED light changes colour each time the Baton is exchanged between two people.

Organisers say this celebrates "collaboration and the sharing of wisdom between young and old.

"In a time where human contact has been limited, the Baton addresses how connections matter more than ever."

The Baton reflects sustainability and the strength and fortitude of women within Commonwealth communities, according to Birmingham 2022.

It also has what are being described as "lungs", consisting of atmospheric sensors with laser technology which analyse environmental conditions wherever it is in the world.

For more information on the Queen’s Baton Relay, visit birmingham2022.com/QBR.

Team Fiji to Birmingham 2022 anticipates being represented in 10 sports, currently with the Rugby Men’s Sevens Team the only team that has qualified so far.