FTTA is hopeful that its LTAD will see both male and female athletes compete at the Paris 2024 Olympic Games to be held in, France. 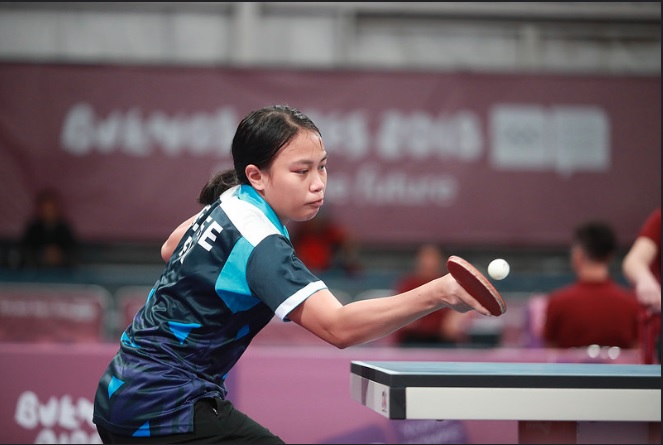 Fiji Table Tennis Association (FTTA) is hopeful that its Long Term Athlete Development (LTAD) will see both male and female athletes compete at the Paris 2024 Olympic Games to be held in, France.

FTTA Secretary Carolyn Li said to prepare well for the Olympic Games, under many limitations caused by the pandemic and other challenges will not be easy.

"We will continue to adjust to the changes and bring resources to our athletes at a higher level as we see high potential in our athletes and we still have a lot of room to improve.  We will use every experience as a base for preparation for the next Olympics in 2024," she said.

"2024 is not far and we look forward to bringing both our men and womenathletes to compete on the biggest stage in Paris 2024."

Carolyn said they have young athletes that have taken inspiration from Olympian Sally Yee and hope that she will also compete in Paris.

"Our up and coming athletes before COVID were constantly training and playing in local competitions and were improving well," she said.

"Despite the recent lockdowns we continued to encouraged our athletes to remain not only safe but also fit."

Carolyn said one of their biggest challenges would be to focus on the mental preparation of athletes towards competition.

FTTA together with their Coach try to mentally prepare the athletes by preparing a pre competition routine, having a focus plan and evaluating the game with the athlete and controlling distractions," she said.

FTTA had its first ever taste of Olympic competition when Sally Yee was selected for the table tennis competition at the 2016 Summer Olympics Games.

At the 2016 Rio Olympic Games, Sally was eliminated in the preliminary round after competing against NigerianOffiongEdem.

At the 2020 Olympic Games in Tokyo, Japan, Sally wasagain eliminated in the preliminary round against Guyanese Chelsea Edghill and it was obvious that despite putting up a strong challenge, the lack of match play in her preparations impacted on her performance.

"Despite losing in her first-round matches, FTTAis proud of Sally’s achievements in being selected to represent Fiji at the past two Olympic Games.

Grace Yee, who attended the 2018 Youth Olympics in Argentina is considered one of the sport's top athletes alongside Vicky Wu and Jai Chauhan with all three below the age of 20.

FASANOC notes that Fiji Table Tennis is fortunate in being a National Federation which is strongly supported by its Oceania Federation and has an International Federation that demonstrates, through its programs, a commitment to development of its sport throughout its members.

Through its High Performance Commission, FASANOC will be monitoring Table Tennis development as its athletes vie for places on to Team Fiji to regional and international Games.