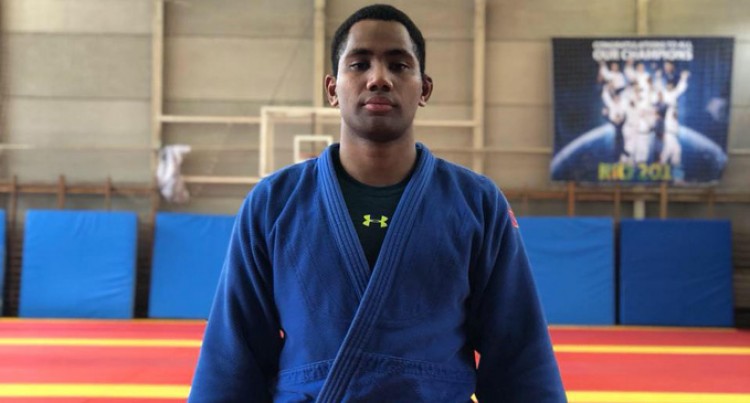 Fiji Judo Association's judoka and Olympic hopeful, Tevita Takayawa who was to participate  at the Tel Aviv Grand Slam in Israel will have to wait a little longer to return to competition after Israel denied flights from Japan from entering due to Israel’s COVID - 19 restrictions.

The Japan based Ryutsu Keizai University athlete said it had been a year since he participated at a Grand Slam but he would not let anything dampen his spirit to participate at the Olympic Games later this year.

"I was planning and expecting to participate at the Tel Aviv Grand Slam but Israel isn’t allowing flights from Japan," he said.

"My team has just confirmed this and it is very unfortunate."

Earlier in the year, Tevita was to have participated at the Masters Event in Doha, Qatar, but withdrew on the advice of his coaching team because of COVID-19.

"While this COVID-19 pandemic is a concern, I will only focus on things I can control," he said.

"So I have been training and practicing as much I can. "The plan will be the same since my last competition, to be more aggressive and efficient in training and to focus on my mental game," said Tevita.

"That will be one of my main focuses and without consistent competitions, maintaining my weight, nutrition, strength and conditioning are a challenge but my team is monitoring this regularly," he said.

"As for judo practices, I try my best with what I have here at my university."

Fiji has participated in Judo at every Olympic Games since 1984.

Tevita is one of six Fiji athletes who, as IOC Scholarship recipients, receive a training grant specifically to assist towards training and qualifying for the Tokyo 2020 Olympic Games.

"I hope to participate in some tournaments in Australia later this year before the Olympics but I will have to await confirmation whether these events will take place and start planning my budget," he said.

World Archery Fiji will focus on a series of national tournaments, which have also been recognized as qualifying events by World Archery.

Fiji Swimming also hopes to use local tournaments as qualifying events and have written to their international body to approve certain national events.