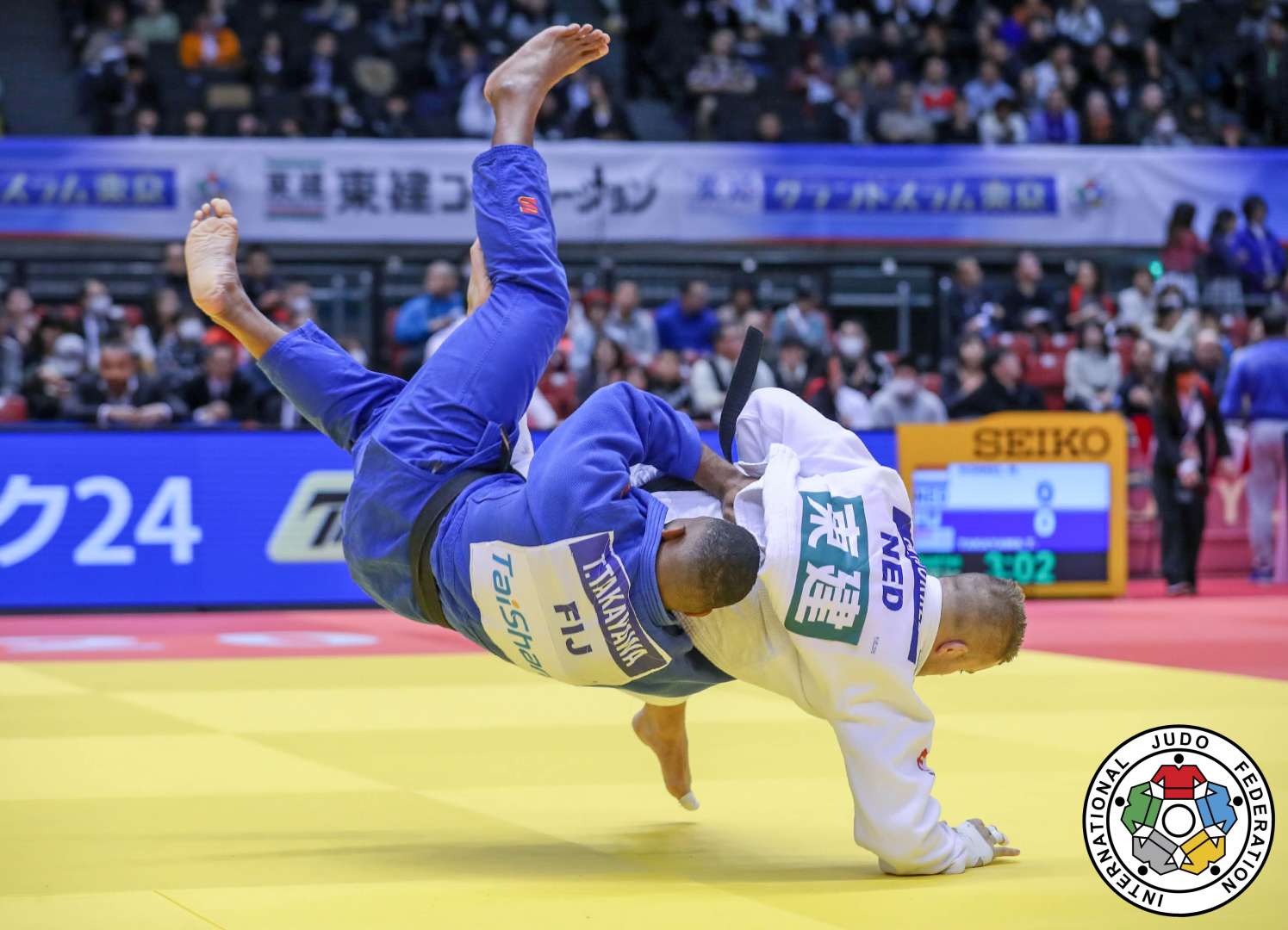 Tevita Takayawa is an athlete whose family name is synonymous with the sport of Judo here in Fiji.   The  23 year old Judoka who is based in Japan on a sport education scholarship considers himself to have a self-driven attitude, self-discipline, optimism and humility.

"It is also important as an athlete to have a set of morals that  can be used every day and throughout  our whole life," he said.

Tevita said as a judoka it was important to have morals and certain qualities because it was a contact sport and undertaking the sport knowing that as an athlete, he could potentially harm someone or be harmed, was something that was always at the back of his mind.

However, this does not stop the Totoya, Lau native, who describes himself as unpredictable, from enjoying the sport.

" I’d like to thank the people I train with because they make it fun for me and throwing people to the ground is fun too!" Tevita said.

Being part of the sport has also allowed Tevita the opportunity to meet other like-minded athletes from around the world which has  motivated him to always challenge himself to be a better judoka.

"Also, the sport lets me stay healthy," he said.

Tevita said he loves to listen to rock music mixed with songs from the 2010s prior to competing which allows him to relax and focus on the task at hand.

"I have a routine I practice during training and of course before every competition. I listen to my music and just try to remember the road leading up to that competition.

"Also, I don’t really like it when people watch me perform but having my parents there since I started this journey has always been a wish of mine," he said.

During competition, Tevita said there was no better feeling than that of playing well and giving your all on the judo mat and the sense of achievement that follows after knowing you have given your all.

"After each match I would sit down and just reflect on my performance and what I can improve on," he said.

Tevita said it was important not to reflect on the mistakes but always on how he can improve with each match.

"Every day at training I practice ways to get me into that positive state where I can focus on improving," he said.

Tevita said he was grateful to all the coaches he has had since taking up the sport at four-years-old as they have shaped him into being the athlete he is today.

"But it hasn't always been fun as I have had to give up doing what people in their early 20s do," he said.

"I don’t have any regrets though."

Tevita said he knows that he has a lot of children that look up to him and this inspires him everyday to be a better athlete and person for them.

"It is important that children that look up to athletes be inspired and because of this it is also important that we always have a winning attitude and positive mind frame," he said.

Tevita is ranked 93rd in the Olympic ranking under the -100 kg category and will have to compete in five more qualifying events from February to April, 2020.

Tevita will be leaving for England later this week to train under the same coach that trained Olympian Sisilia Nasiga Rasokisoki prior to the 2012 London Olympic Games.

A total of 386 athletes will  qualify for jJdo at the Tokyo 2020 Summer Olympics. Each NOC could enter a maximum of 14 judokas (one in each division), if they qualify. Host nation Japan has reserved spots in each of the 14 events, while twenty are made available to NOCs through a Tripartite Commission Invitation.

The remaining judokas must undergo a qualifying process to earn a spot for the Games through the world ranking list prepared by the International Judo Federation as of 25 May 2020.  With Fiji no longer eligible for Tripartite Commission Invitations, Tevita must go through this qualifying process and earn his qualification for the Tokyo 2020 Olympic Games.

If finances permit, the following IJF events have been identified for Tevita to improve on his ranking status: