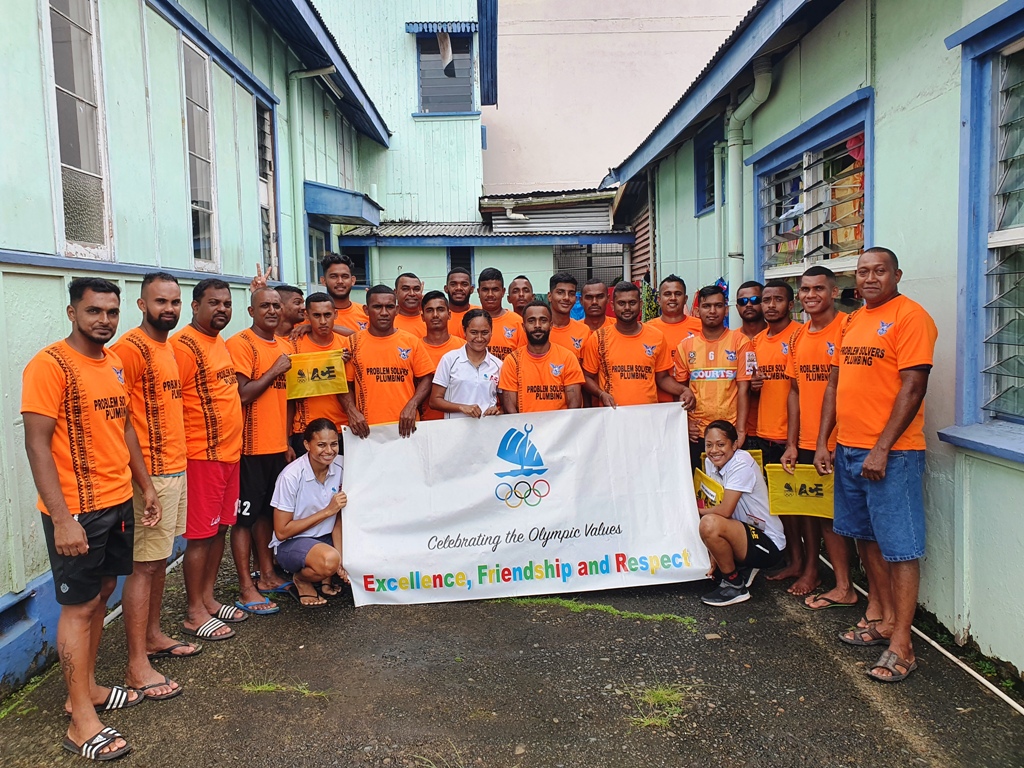 The Fiji Association of Sports and National Olympic Committee (FASANOC) Voices of the Athletes (VOA) Programme Coordinator, Jeegar Bhavsar said it was encouraging to note that their messages over the past few years during the Inter-District Championship Football tournament was having the desired effect they were looking for.

"Every year we advocate on our programmes messages which includes Play True that focuses on drugs in sports, Stay Healthy - awareness and prevention of Non- Communicable Diseases (NCDs) and Go Green - minimizing the use of single-use plastics and the overarching message of “Be a Leader”" he said.

"VOA,at this IDC Tournament,focused mainly on the "Senior players that have gone through the programme and found them to be  very receptive and even helped our VOA Champions with the new players in their respective teams," Jeegar said.

Jeegar said the VOA was grateful to Fiji Football who have been very accommodating of their advocacy programmeevery year.

Whilst recreational drugs have been a problem in the sport of Football, we realise that bringing this awareness to the team on the implications of doping is surely having a positive effect on the players, said Jeegar.

Bua Football Captain JosuaNaketeniRaqamu said being one of new teams to participate at the IDC and being able to learn from the VOA team was enlightening.

Josua said coming from the north often meant they were not exposed to some of the issues that the VOA programme advocated on.

"In their pledge to commit to the advocacy, the Bua Men’s Football team pledged  - “We the district of Bua, dedicate ourselves to follow up the ways to encourage fair play and be role models for upcoming players”.

"My team mates and I also learnt about Go Green and othermessages andwe hope to take this back with us to our own communities and share with our friends and families,what we’ve learnt”, he said.

FASANOC through the VOA programme is committed to supporting the International Olympic Committee's (IOC) message about the positive health, social and economic impacts of sport on society.

FASANOC is excited to further promote the IOC’s #StrongerTogether campaign by running ads or rather Public Service Announcements (PSAs) showcasing Athlete Champions who relay social messages about making healthy choices, staying active, not littering and many others.