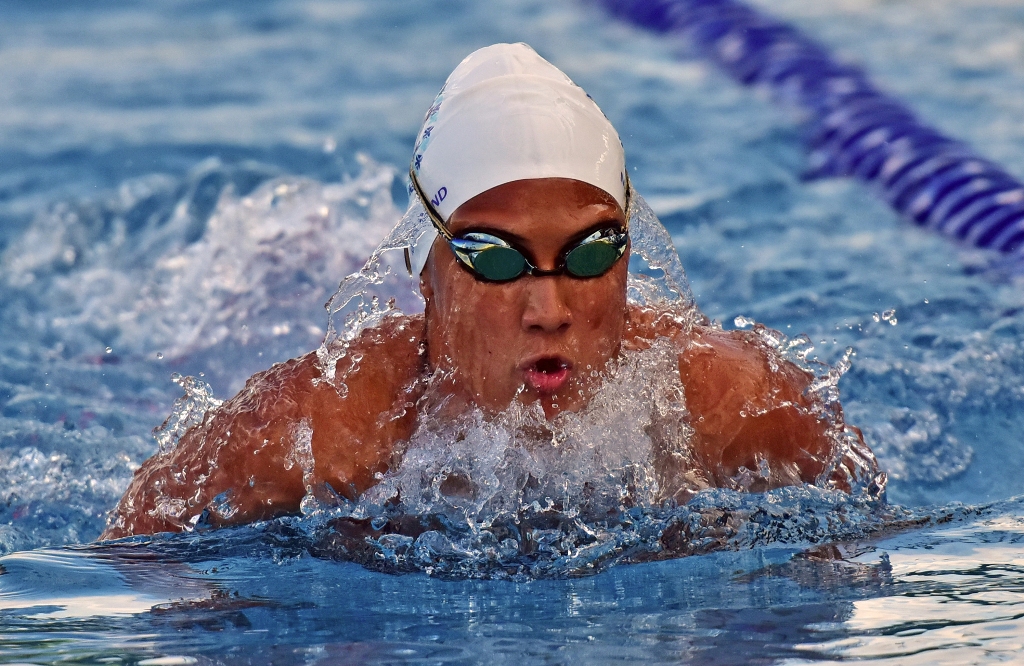 2019 Sportswomen of the Year and Team Fiji swimmer Moana Wind will continue to train whether or not she makes the team to the 2020 Olympic Games in Japan come July.

The 18-year-old St Joseph Secondary School student said while this was her first attempt at trying to qualify for the Olympics, she had realistic goals which she trusts.

"If I am being honest, I do trust the training and the process of getting there," she said.

Despite her biggest challenge being away from loved ones Moana always remembers the reason she is participating in a sport she loves and how it will help her achieve her goals.

"Being an athlete helps with school or work, we work hard, set goals and can handle pressure and having a title like 'Olympian' opens many doors and opportunities," she said.

Moana, who lists Olympians Adam Peaty and Ryan Pini as her inspiration, said competing against the best and being able to see where she was ranked in the events she participates in was the best part about competing.

Moana enjoys the overseas trips and meeting new people and making new friends, the privilege of calling herself a national rep is something she is proud of.

Being a part of an individual sport where finding motivation can be a bit difficult, Moana surrounds herself with positive influences.

"Being surrounded by people who can make you smile or laugh when you're training is one of the few things, I look forward too," she said.

Moana, who is inspired by her mother, wishes her family could watch her at all her events and competitions, she is aware of her responsibilities as an athlete and the impact she could have on fellow athletes.

"I think being an athlete makes me a better person because it makes me aware that people are watching me and my actions.

"So this makes me want to set a good example for younger athletes or children in general," she said.

She said being able to not only represent her country but also her family makes her think about how she wants to make them proud.

Cheerful Moana said she started swimming when she was seven but didn't start swimming competitively until she was nine.

"I am also aware that I've given up a lot of things like my last year of high school, moving to different places so I can continue my training and being away from family," she said.

Good sportsmanship and a positive attitude are some of the values that Moana holds in high regard when competing and when talking to her coach or teammates she reminds herself that she's done the hard work and just to give it her best.

"I don't have an exact plan but I usually talk to my coach or family whenever I feel like I'm losing focus and I find that writing things down in a journal helps me," she said.

"I don't usually work well under pressure, but I would say that I handle it by listening to music and dancing around and having the right attitude helps keep me calm and able to handle any obstacle that is thrown at me."

Moana said she was also grateful to coach Ester Malani because we have similar personalities and both bring out the best in each other.

"After a really good performance in competition, I love dancing with my coach which is something I look forward to," she said.

Moana who recently won the 2019 Fiji Sports Awards Sportswoman of the Year said if it weren't for swimming, she would have taken up surfing.