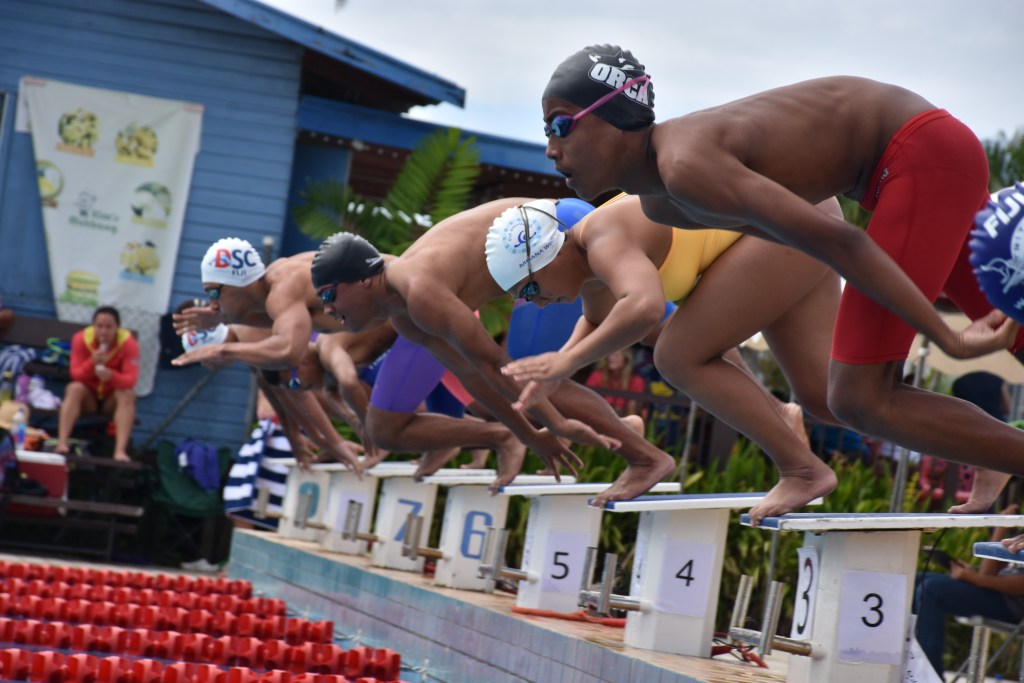 Fiji swimmers vying for a spot to the 2020 Olympic Games in Tokyo, Japan in 2021 will have to get their "head space" together and work even harder said national coach Sharon Pickering-Smith during the Short Course Grand Prix tournament held over the weekend.

Sharon who is also an Olympian said the coaches were not expecting much in terms of times from their athletes considering this was the first time the swimmers were competing since COVID-19 restrictions were lifted.

"Right now we have eight swimmers vying for Olympic spots and for us coaches it's just trying to get them to refocus on competition and being competitive in the water," she said.

Sharon said during the five months they were out of the pool, athletes were encouraged to do land training and maintain fitness levels.

"But some of our athletes are now working and getting the balance right is a challenge, so for us coaches it is the mental approach that will be key for our athletes," she said.

Of the eight only Moana and Temafa took part in the first of the Short Course Grand Prix tournaments.  The next competition will be held this weekend in Nadi.

Moana's coach Esther Malani said since Moana's return from New Zealand, the young athlete has shown an incredible change in her approach to the sport.

"Moana has been training under the guidance of Lars Humer who is the New Zealand Olympic team coach which has opened up her mind on how to approach the sport," she said.

Esther said Moana's discipline and focus has improved sharply since returning from NZ and at the moment the young athlete’s focus was on her mental preparations.

"We have a training schedule that we keep to every week and this includes time with sports psychologists," she said.

"The sport can have its challenges so to help her remain focused we felt that having her open up to sports psychologists was good for her."

Esther said once restrictions on travel were lifted they hoped to send Moana to compete and train overseas.

Meanwhile the Fiji Swimming’s Open Nationals to be held later this year will also act as an Olympic recognised qualifying event.

President of Fiji Swimming, Ben Rova, said the decision was made in the best interests of the athletes vying for a spot at the 2021 Olympic Games.

"We were very pleased with that because we know that there's lockdowns in Australia and New Zealand, but what we're trying to do is be mindful of the eight swimmers that we have vying for  qualification," he said.

"So to try to help them because they can't go out of Fiji, we're trying to get them to another level of competition that will enable them to meet the required times, so we were very happy that FINA has approved the competition."

Matelita and Epeli are two of six Fiji athletes who, as IOC Scholarship recipients, receive a training grant specifically to assist towards qualifying for the Tokyo 2020 Olympic Games.  The recipients have been fortunate to have their scholarships extended by Olympic Solidarity up until the final qualification period for their particular sport, which for most of them is  June-July 2021.

Sally Yee (Table Tennis) a scholarship recipient through a joint IOC and Japan Table Tennis Association is another athlete vying for Tokyo 2020 qualification.  Sally is currently back in Fiji after the High School she was attending in Japan closed down due to the outbreak of COVID-19.  Sally continues to liaise regularly with her coach in Japan on her training program while training with other locally based players. Resuming her scholarship is subject to COVID-19 free conditions in Japan and availability of travel to Japan.

FASANOC is very pleased to see Athletics and Swimming recommencing competition and looks forward to all sports implementing programs to assist with athletes improved performances so that when borders open they will be up to the mark to compete regionally.