Team Fiji To Save Alot 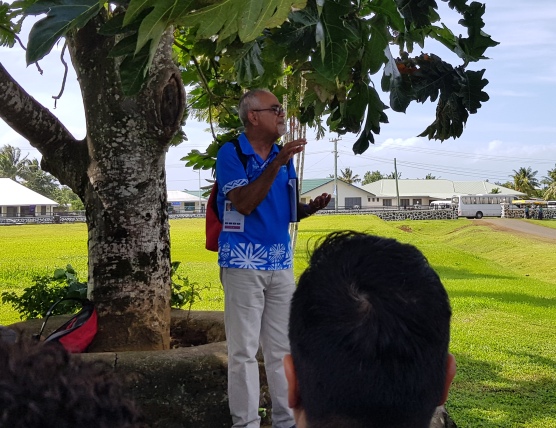 The huge amount of savings is one of the reasons why the city of Oita City and Oita Prefecture will be Team Fiji's preferred venue for Tokyo 2020 Olympics pre-games camp as confirmed by Fiji Association of Sports and National Olympic Committee (FASANOC)earlier this month.

Team Fiji’s Chef de Mission to the Tokyo 2020 Olympic Games, Patrick Bower said, "Team Fiji will benefit greatly from the available knowledge and caliber of sports personnel available in the city of Oita for the sports that Fiji will be participating in Tokyo. "

The agreement formalizes the cooperative relationship of Fiji and Oita, specifically, in the areas of cooperation and exchanges that will cover:

• Fiji pre-games training camp for the Tokyo 2020 Games to be carried out in Oita City;

• The exchanges of necessary information regarding the pre-games training camp; and

• The exchanges with local areas and organizations.

The city of Oita will accommodate and facilitate Team Fiji’s preparation in the lead up to Tokyo 2020 Olympics.

"This cost we would otherwise be unable to afford and thus not have the best possible approach to the Games," said Patrick.

He said Oita was not too far from Tokyo it would give Team Fiji an opportunity to acclimatize in the lead up to the Olympic Game as the climate in Oita Prefecture is similar to what the athletes can expect in Tokyo.

"It is also an opportunity to participate in pre-Games competition and also to focus on what Team Fiji would like to achieve without too many distractions," he said.

"The facilities in Oita are also very suitable for the purpose of preparing our athletes and coaches for the Olympics".

Mr Bower said The Fiji Government through its Embassy in Tokyo has developed a good relationship with Oita over a period of time and this partnership further strengthens Fiji and Oita/Japan’s relationship between the two countries.

His Excellency Mr Isikeli Mataitoga, Fiji’s Ambassador to Japan, mentioned how Oita City is a very special city to Fiji, and one of the very first that established exchange ties with Fiji. He further extended appreciation towards Fiji friends and families in Oita, for their immeasurable contribution and support toward Fiji, and in particular, towards rugby or sports promotion that led to formalizing, he said.

For the past years, reciprocal visits and intensive exchanges have been undertaken between Fiji and Oita. The Embassy also noted that partnering with the City of Oita will add value to the existing exchanges and allow us to make even greater progress in furthering people to people exchanges, businessand tourism.

The City of Oita will also cater for Fiji’s athletes to the Tokyo 2020 Paralympic Games.

The cities of Akita, Saga and Fukuoka hadalso raised their hands to host Team Fiji for pre-games training.

So far, Team Fiji Rugby Men's team has been the only teamto qualify for the Tokyo 2020 Olympic Games and will defend their Olympic Games Champions title.

Other sports hoping to qualify for the Tokyo 2020 Olympics include Athletics, Archery, Judo, Rugby Women’s, Shooting, Table Tennis and Swimming.

The Tokyo 2020 Summer Olympics, officially known as the Games of the XXXII Olympiad and commonly known as Tokyo 2020, is scheduled to take place from 24 July to 9 August 2020.