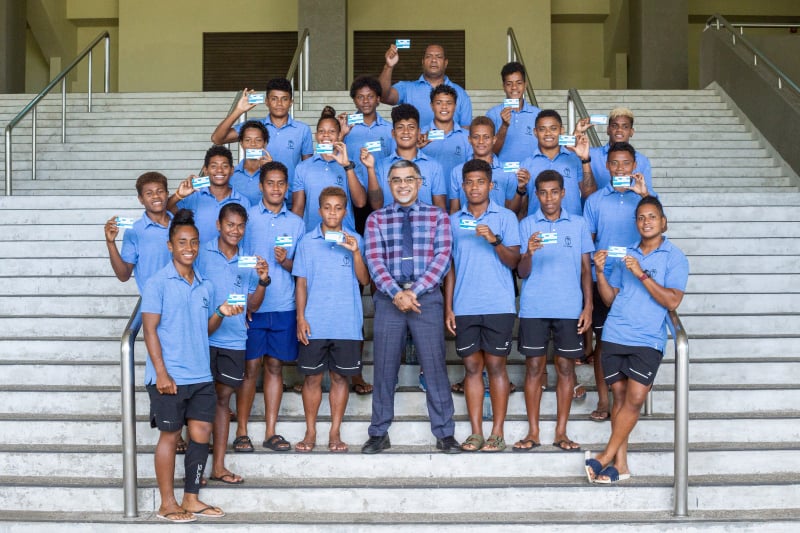 The IOC and the International Paralympic Committee (IPC) are working with the NOCs and National Paralympic Committees (NPCs) to encourage and assist their athletes, officials and Games stakeholders residing in their territories to get vaccinated in their home countries in line with national immunization guidelines, before they go to Japan. This is not only to contribute to the safe environment of the Games, but also out of respect for the residents of Japan.

Many national governments have already taken positive steps in this regard, and are in consultation with their NOCs and NPCs to vaccinate Games participants. Based on the feedback from the NOCs and NPCs, it is expected that a significant proportion of Games participants will have been vaccinated before arriving in Japan. The new MoU adds to these efforts.

Team Fiji, with the assistance of the Ministry of Youth and Sport and through collaboration with the Ministry of Health (MoH) and the Fiji Government has initiated their vaccination plan for its extended squad and all team members in Fiji have received their first jab.

He said, Dr. Nasome, Team Fiji’s Doctor is currently coordinating with MoH on the timing for the second dose of the Vaccine and the mandatory COVID-19 Tests, prior to departure.

All participants need to produce an authentic Certificate of COVID-19 Testing on a form approved by the Ministry of Health, Labour and Welfare of Japan, and released by the Tokyo 2020 Organising Committee.

A positive result will mean the athlete will be refused entry into Japan.

The team is scheduled to depart on the Thursday, 08 July.

“This donation of the vaccine is another tool in our toolbox of measures to help make the Olympic and Paralympic Games Tokyo 2020 safe and secure for all participants, and to show solidarity with our gracious Japanese hosts,” said IOC President Thomas Bach. “We are inviting the athletes and participating delegations of the upcoming Olympic and Paralympic Games to lead by example and accept the vaccine where and when possible. By taking the vaccine, they can send a powerful message that vaccination is not only about personal health, but also about solidarity and consideration of the well being of others in their communities.

Prof. Uğur Erdener, Chair of the IOC Medical and Scientific Commission, said: “We see the importance of vaccination all around the world. We encourage the athletes and Games participants to take the vaccine whenever possible. Vaccination is an important tool to protect not only themselves, but also their communities.”

Albert Bourla, Chairman and Chief Executive Officer, Pfizer said “the return of the Olympic and Paralympic Games represents a monumental moment of world unity and peace after a grueling year of isolation and devastation. We are proud to play a role in providing vaccines to athletes and their national Olympic delegations where possible.”

The announcement follows the release of the second edition of the Playbooks, which give detailed information and guidelines to the various stakeholder groups participating in the Olympic and Paralympic Games Tokyo 2020.

Wayne, in his meetings with the NFs has reminded each and every Team Fiji squad member to take extra precautions within a safe ‘bubble’ and the same degree of safety.

He said the current lockdowns in Fiji, while hampering athlete training, has been ideal for practising all the safety measures as outlined in the Playbooks.  They will be the same countermeasures imposed on all participants while in Japan.

He said the most challenging one will be wearing masks in the peak of Summer in Japan but one that we must get used to from now.

In the meantime, FASANOC continues to monitor the status of the COVID-19 pandemic in Japan and the growing concern of the general populace in Japan on the hosting of the Olympic Games.   As a member of the Olympic Movement, our cue is taken from the International Olympic Committee which, together with the Japanese Organising Committee, while closely monitoring the situation, continue to work hard in collaboration with the World Health Organization, in putting the necessary counter measures in place for a Games that will be safe for all visiting delegations and the people of Japan.