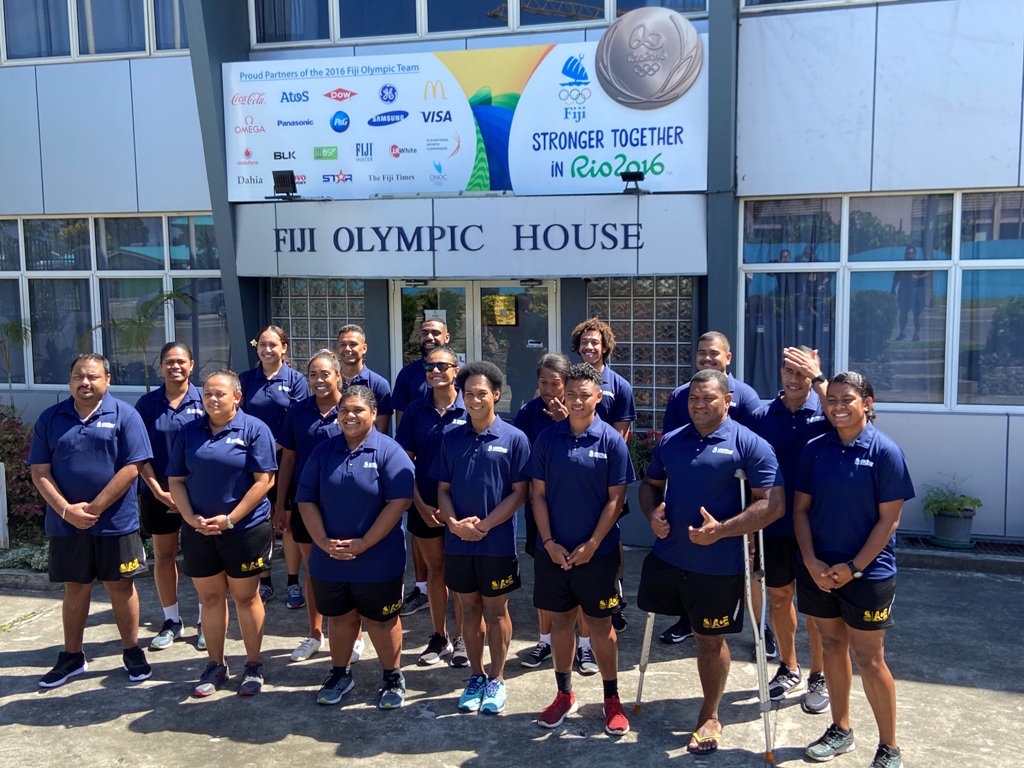 The Fiji Association of Sports and National Olympic Committee's (FASANOC) Voices of the Athletes (VOA) Programme has launched a two-month television campaign using visual media to advocate on its key messages of Be a Leader, Play True, Play Safe and Go Green.

"These messages include 'Play True' which focuses on anti-doping and the use of drugs in sports and Drug Awareness on the types of drugs, it's effects and how the community can work together to promote a Drug Free Community.

", We also advocate on 'Go Green' which focuses on minimizing the use of single use plasticbags and the 5R's which are Refuse, Reduce, Reuse, Recycle and Repurpose," he said.

"Stay Healthy is another important message component which focuses on the causes, effect and prevention of Non-Communicable Diseases (NCDs), which is a major concern in Fiji” said Jeegar.

Jeegar said the VOA TV campaign also focuses on Climate Change, Equity and Inclusion. Etika Naqio, one of our VOA Champions, is Deaf and Jone Bogidrau, who has represented Fiji in Para-athletics is an amputee.

"It would be unfitting if we spoke of inclusion but did not lead from the front.

"The campaign also focuses on the Olympic Values of Excellence, Friendship, Joy of Effort, Balance of the Body, Mind and Will, Fair Play and Respect," he said.

"The messages advocated under the program is aligned to the Olympic Agenda 2020 as well as realistic and relevant social issues we face in Fiji right now."

Jeegar said the TV campaign came about during the COVID-19 pandemic lockdown and the restricted movement which did not allow theChampions to conduct their outreach programs at sporting events and communities.

"Now we are able to do that through Fiji TV on a national level and everyone can see what our program is about and also showcase thosewho are involved," he said.

Jeegar said they were thankful for the support of the International Olympic Committee which funds the VOA Program, including this important campaign.

The VOA Champions involved in the TV campaign include Olympians,MatelitaBuadromo who addresses the issue of Doping and Rugby Sevens Women’s rep,VinianaRiwai, who speaks on Joy of Effort and Balance of the Body, Mind and Will.

Other champions and their messages include:

1. MatelitaVuakoso: Project Officer/Football -  VOA Program work and what we do

6. Quintyn Stephen: Shooting- Protecting the Environment by using the 5R

The campaigns will start airing on Fiji TV on 23rd September 2020 and will play for two months ending on 23 November 2020.

VOA would love to hear your thoughts on these social messages. Please email voa@fasanoc.org.fj with any feedback or visit our Facebook page @STOPFiji.