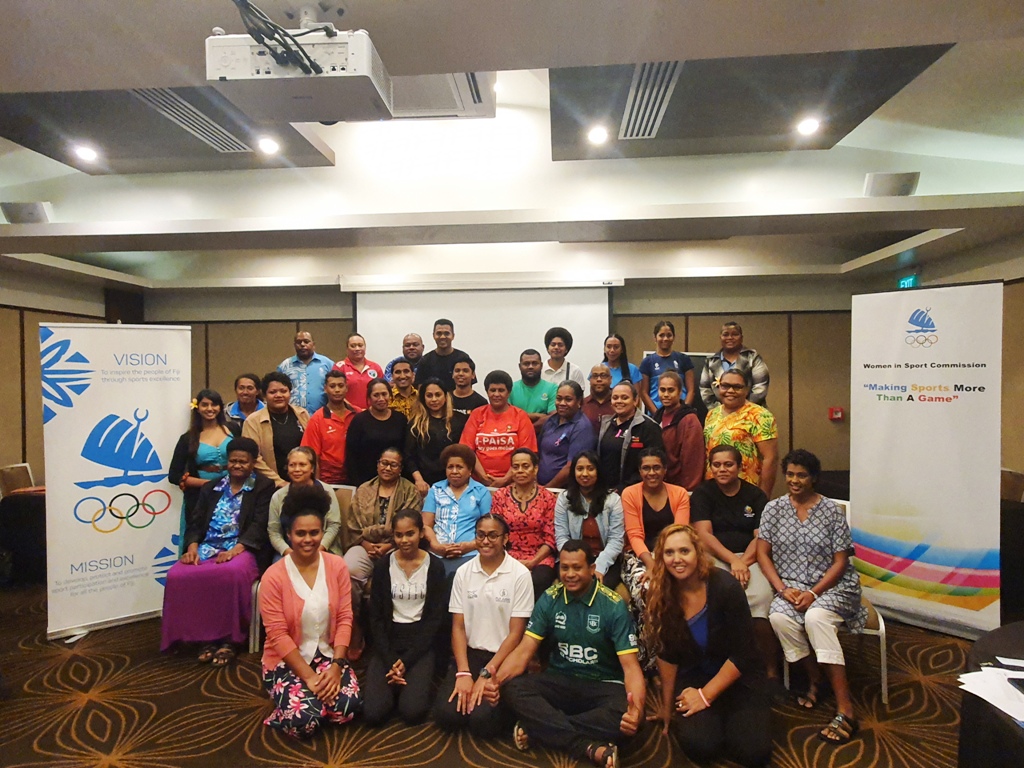 The Fiji Association of Sports and National Olympic Committee's (FASANOC) Women in Sport (WIS) Commission conducted its second workshop on "Contextualizing Gender-based Violence (GBV) and its impact in Sports" over the weekend (17/10/2020)in Suva.

FASANOC President, Makarita Lenoa welcomed participants and said “that while sport was a catalyst for empowering women and girls it could also help produce tangible results when it comes to Gender Equity”.

“Through education and workshops like this, our members are able to know what is out there because sports exist in society," Ms Lenoa said.

"It also doesn’t mean that sports is immune to the ills of society. And therefore there is a big responsibility on FASANOC and the member National Federations to make sure that every sport participant is safe.”

Fiji Chess Federation's Goru Arvind said the workshop was useful whereby participants could address some of the loopholes within their National Federations with regards to Gender-based Violence.

"The issue is not a new one and every National Federation would have witnessed some form of Gender-based Violence," he said.

"But what happens after this is what really matters, whether victims are speaking out or are not being heard and what are some of the processes that would have to be followed including reporting and actions."

Fiji Judo's Shanice Takawaya said it was the first time she had attended a workshop on the subject of GBV..

"In our sport gender is not an issue as we train and fight alongside and with our male counterparts," she said.

"But it is interesting to note that other sporting bodies face gender imbalance and what they are doing or not doing to address this imbalance."

Tennis Fiji's Vienna Kumar said the workshop was also an eye opener for her.

"It would be good if there were more male participants, because most gender based workshops tend to be heavily attended by females only," she said.

The workshop centered around having an understanding of gender concepts, human rights, types of violence and most importantly, eliminating GBV in sports.

FASANOC’s Women in Sports Commission Chair and Lead Facilitator, Hamidan Bibi said the workshop was aimed at raising awareness, enhancing knowledge and understanding of the issues surrounding GBV and its impact in sports. We also hope to create a pool of individuals who could assist in further promoting and advocating GBV issues and the anticipated desired change in communities being served.

Participants also became familiar with common symptoms of GBV and the services available to seek redress or counselling. They were also urged to call out GBV related abuses and help support efforts to eliminate this social issue, which was now becoming prevalent in our societies.

Miss Bibi said that ensuring a violent free society is everyone's responsibility and sporting bodies played a key role in it as we are a large part of that society.

At the close of the workshop, participants identified several ways in which they could advance their learning, including organising awareness sessions as well as looking at their NF Constitutions and guidelines to help address GBV issues in their respective sports.

The workshop was funded by the International Olympic Committee Olympic Solidarity Gender Equality and Diversity Programme.